Yugui is an important ritual vessel in ancient times, which is widely used as a sacrificial vessel for Ruiyu, which indicates the rank of identity, and for offering sacrifices and vows. According to Zhou Li, Gui has various shapes and uses, but the archaeological evidence can't prove it now, and many problems need to be studied. After the Warring States Period, Gui was no longer popular in society. The emperors of various generations had made it when they followed the ancient system and decorated the imperial court's dignity, but most of them had not been handed down. There are a few Gui-shaped works in the pseudo-ancient jade in Qing Dynasty. 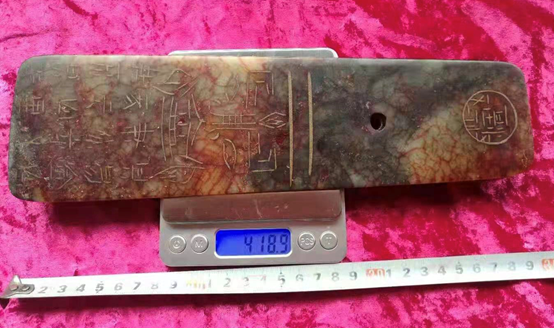 Yugui, a jade ritual vessel used by ancient emperors, sacrifices and funerals. For credit. Long strip, with the top pointed and the bottom pointed. Also called "Jue". Shape and size vary with titles and uses. There are differences between Da Gui, Zhen Gui, Huan Gui, Gong Gui, Gu Bi, Pu Bi, Si Gui and Naked Gui in Zhou Lichun. It is often found in tombs of Zhou Dynasty. Yugui was first seen in the early Neolithic Age, which evolved from the stone axe at that time. Stone axe is a tool used in hunting, labor and tribal wars, which gradually evolved into Gui. After entering the Western Zhou Dynasty, Yugui became a ritual vessel sacrificed by the imperial court, and later became a symbol of rights. When the imperial court enfranchised the princes, it often gave Yu Gui as the scepter to rule the place. The governors who obtained Yugui had the power to have life and death in the fief. The collection value is very high. 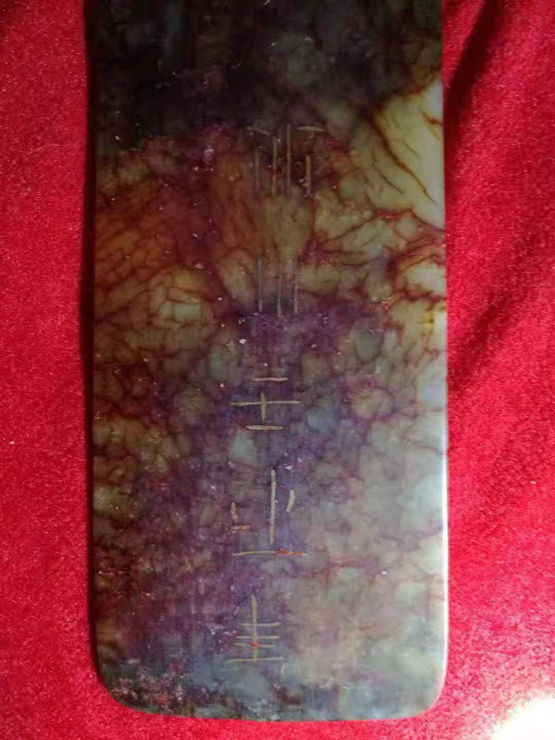 This Yugui, Gaogu gold and silver wrong blood Yugui. This collection is ancestral, authentic and well preserved! Excellent appearance! After wind and rain, the war has lasted for thousands of years and experienced vicissitudes! It has the essence of the world's powerful ancient oriental civilization and the charm of Chinese civilization! Treasure of the country! Out of print! Orphans! Super collection, treasure in treasure! 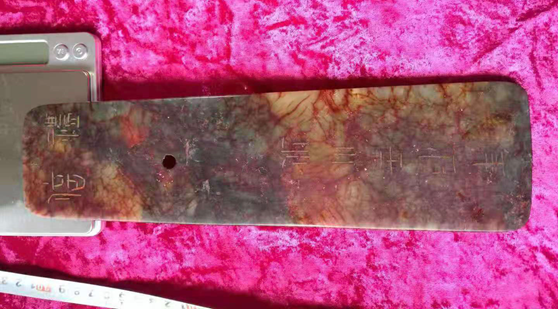 Jade Gui's color is bright and polished, with meticulous lines, which highlights the craftsman's exquisite skill in carving this piece. It is rich in patina, natural in color, hard in quality, stable in nature and difficult to change. Jade articles change color when they come into contact with other people in ancient tombs for a long time. For example, if they turn black after meeting with mercury, the newly unearthed jade articles will become unrecognizable, or they don't look like jade at all. Or make jade articles have more quaint colors and stripes, which is called "born out", which means that jade articles have been born out and changed into another appearance after thousands of years. In the old days, the so-called plate workers often had mysterious colors. ancient jade wore them closely for several years. The regiment suffered sweat and fat infiltration for a long time, and the clothes were rubbed, which gradually restored its jade character, and became crystal clear, more quaint and more valuable.